Rohit Sharma reminds me of Javed Miandad, will not be able to stop laughing after watching the old video of the toss 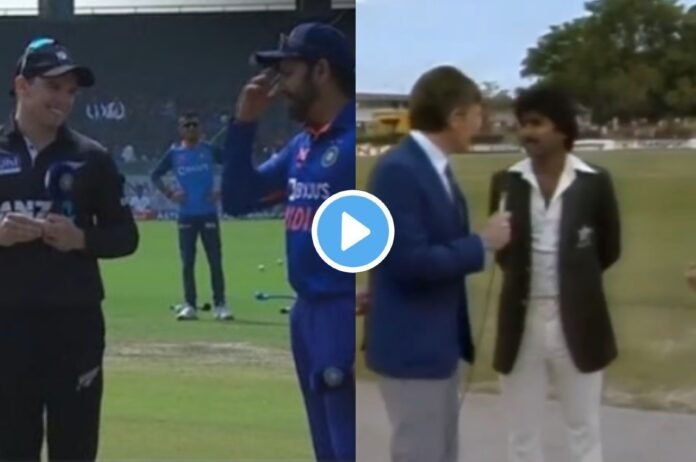 IND vs NZ 2nd ODI: The second match of the three-match ODI series being played between India and New Zealand is being played in Raipur today. In this match, after winning the toss, India decided to bowl and dismissed New Zealand for 108 runs. At the same time, such an incident happened during the toss in the match, after which memes started pouring out on social media. Actually, after winning the toss, the captain of the team, Rohit Sharma forgot what decision the management had asked him to take. After which a video of Pakistan’s Javed Miandad also started trending on social media.

Rohit Sharma forgot his decision after winning the toss

In fact, in the second match being played between India and New Zealand, Rohit Sharma and Tom Latham landed on the ground for the toss, while Ravi Shastri was getting the toss done on the ground. As soon as the coin was tossed and India won the toss, Rohit Sharma was shocked and kept saying something in his mind for two minutes and bowed his head. Seeing which even Tom Latham started laughing whereas Virat Kohli standing behind was surprised. Although later Rohit cleared it and said that many things happen during the meeting, he was thinking of them only. This video is becoming fiercely viral on social media.

Rohit Sharma forgot to take the decision after winning the toss but people on Twitter remembered former Pakistan captain Javed Miandad after this incident. During an international match, Pakistan captain Javed Miandad came for the toss and after winning the toss, he did not take the decision and said, ‘I don’t know, I will go to the dressing room and talk to the team and tell this decision.’ This old video and story of Javed Miandad is continuously going viral on social media.