Which phone does Hardik Pandya have, these things are happening regarding the cool design and model! 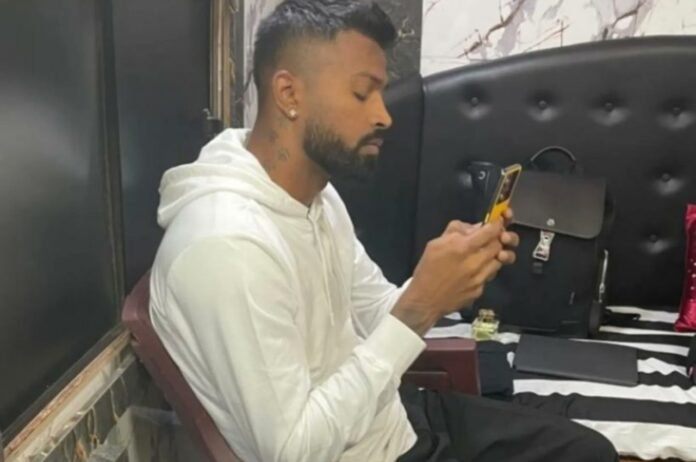 Hardik Pandya Revealed Poco X5 Pro Design: Poco, the spin-off brand of Xiaomi, may soon introduce its latest phone in the Indian market. It is reported that the Poco X5 Series is the company’s upcoming smartphone.

Company executives were recently spotted teasing the phone. At the same time, now a big partnership with cricketer Hardik Pandya has been pointed towards Poco X5. Live pictures of the upcoming Poco X5 Pro have surfaced, which also indicated that the phone can be launched soon.

Read more-Oppo 5G Phone: Hurry up… Opportunity to buy phones worth 50 thousand for less than 10 thousand!

However, if we look at the leaked details, then the Poco X5 series can be launched on January 27, 2023. Its price is said to be around 20 thousand. Let’s know about the leaked design, specifications and other information of Poco X5. It is expected to have at least 6GB of RAM and 128GB of internal storage.

Read more – Many details surfaced before the launch of Oppo Reno 8T 5G, know the specification and price

Talking about the rumours, it is clear from its leaked images that the X5 Pro will be a rebadged Note 12 Speed ​​Edition. It will feature a 6.67-inch OLED AMOLED panel with 120Hz refresh rate and FHD+ resolution. Under the hood, it may pack the same Qualcomm Snapdragon 778G chipset as the Speed ​​Edition. The phone may house a 5,000mAh battery with 67W fast charging.

The Speed ​​Edition sports a 108MP main lens, so it is expected that the X5 Pro may have the same primary camera. Along with this, the possibility of having 8MP ultra wide lens and 2MP macro sensor is also being expressed. There can be a 16MP selfie snapper at the front of the phone.

Dheeru Rajpoothttps://drworldpro.com
I am Dheeru Rajpoot an Entrepreneur and a Professional Blogger from the city of love and passion Kanpur Utter Pradesh the Heart of India. By Profession I'm a Blogger, Student, Computer Expert, SEO Optimizer. Google Adsense I have deep knowledge and am interested in following Services. CEO - The Rajpoot Express ( Dheeru Rajpoot )
RELATED ARTICLES
TECHNOLOGY

Huge Discount on Google Pixel 6a! Opportunity to buy for 6 thousand rupees instead of 44 thousand!