Uber (NYSE:UBER), continued to struggle with operational costs despite revenue surging by 72% on the back of strong demand for the rail-hailing company. The stock rallied 15% into the market open on the back of the news. Uber’s main ride-hailing business has strong growth stemming from rising prices. 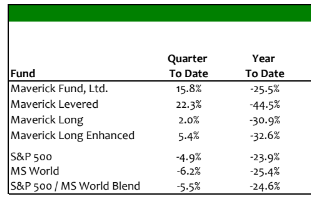 Total Monthly Active Platform Consumers increased by 14% during the quarter, meanwhile, trips increased by 19% to 1.95 billion. Uber continues to do well across various geographies, as US and Canada witnessed the biggest surge with an 89% increase in revenue.

Revenue from Europe, the Middle East, and Africa surged by 77%, while Latin America and Asia revenue was more tepid growing by 33% and 27% respectively.

Uber has continued to perform well and one of the biggest positives for the quarter was driver churn which was down by 20%, as benefits and payouts increased, the average hourly wage of drivers now stands at around $36 an hour. In the US, the total number of Uber drivers are currently at 80% of what they were in 2019, and adding to the momentum were total driver hour, which were up 16%.

The take rate also increased for the quarter to about 27% mainly due to the business model changing in the UK market. Otherwise, the take rate would come in at 20%, slightly below the 2021 level.

One of the reasons that Uber’s stock surged is that the company finally produced a significant EBITDA profit of $516 million after multiple quarters of losses. But despite the improving results questions remained about the business model.

Uber has been facing a number of queries, as broader costs weighed on operations, one such cost is the fuel surcharge, which the likes of Lyft (NASDAQ: LYFT) retired recently. Uber’s management made no commitment to follow suit as well, during the earnings call, and has reiterated they are focused on efficiency and delivering a 24% EBITDA in the next fiscal year.

Management also spoke about membership programs, specifically Uber One, which they believe will be a significant factor in improving revenue and margin. The membership program which starts at $9.99 per month or $99 a year is aimed at increasing cross-selling across the platform, increasing the frequency of mobility and grocery purchases.

The overall strategy of improvement has resulted in an increase in basket sizes for groceries, and about 10% of Uber Eats users are not using grocery delivery services as well, and Uber is hoping the positives of the program spill over into other areas.

Margins continue to be the focus of investors, as they hope the company can finally get to profitability after years of losses. EBITDA margins surged 6%, and management is aiming for much higher margins into next year. But on a less positive note, free cash flow fell slightly declining by 30% YoY.

This was largely a result of legacy auto-insurance providers, and the issue should be resolved by the next quarter. The increase in EBITDA margins can be largely attributed to operating costs coming down slightly as a percentage of revenue, and management continued to consolidate and improve efficiency.

Uber is finally starting to see its strategy to get to a point where the business model makes sense. After struggling for years with losses, the company’s various business divisions are witnessing enough synergy, improved unit costs, and consolidated operational costs including improved balanced between Uber’s take-rate and driver payment as to finally stabilize the operations.

Uber has outlined a number of extra spending plans including the plan to spend significantly on advertising as it looks to improve market penetration in Europe and Asia. Meanwhile, it also plans to improve dynamic pricing depending on where drivers are located.

Overall, the company is looking to continue its strong results into the next quarter and is aiming for improved verticals across its mobility and delivery, bringing on new stores, new restaurants, and new partners, as it looks to finally overcome years of hiccups.

Valuations after the most recent quarter will also become a lot more acceptable to investors, but they will continue to look for profitability, in order for the stock to continue its current momentum.

Should you invest $1,000 in Uber Technologies right now?

Before you consider Uber Technologies, you’ll want to hear this.

MarketBeat keeps track of Wall Street’s top-rated and best performing research analysts and the stocks they recommend to their clients on a daily basis. MarketBeat has identified the five stocks that top analysts are quietly whispering to their clients to buy now before the broader market catches on… and Uber Technologies wasn’t on the list.

While Uber Technologies currently has a “Moderate Buy” rating among analysts, top-rated analysts believe these five stocks are better buys.

Barchart Review – Are These Tools Useful for Traders?

What Companies Are In The Capital Goods Field? [Examples]